New Motor Vehicle Act 2019: Everything You Need to Know 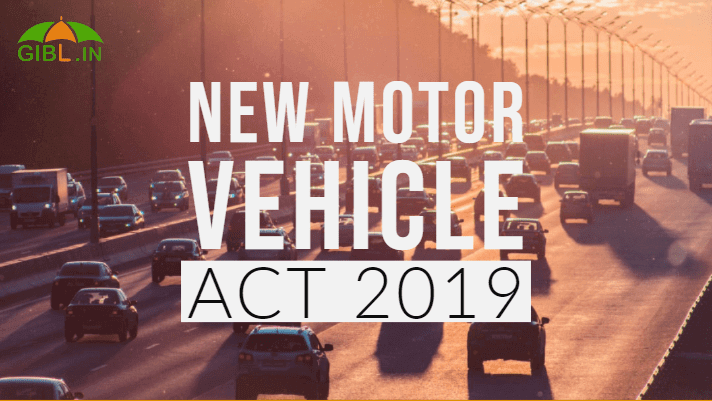 Breaking any law in any case is a serious crime and attracts stern penalty. The sternness of this penalty depends on the nature of the committed offence. When it comes to the breaking of traffic rules, citizens can be asked to pay a fine, face disqualification in the form of a ban from driving any motor vehicle or serve a jail term.

The penalties for traffic rule violations all over the country have been increased by the Road Transport and Highways Ministry of India. Following the implementation of the Motor Vehicles (Amendment) Act, 2019, from September 1, heavy penalties by police for the offence of breaking and not following traffic rules have captured the headlines nationwide. According to the latest survey, India as a country accounts for over 5 lakh road accidents annually in which approximately 1.5 lakh people die and approx 3 lakh people are cripples.

Some of the important proposals in the Motor Vehicles (Amendment) Act are mentioned below:

In addition, the Road Transport and Highways Ministry of India has introduced new penalties in case of violation of road regulations.

Check out the new list regarding the old and new penalties in case of violation of traffic rules as per the New Motor Vehicle Act:

The New Motor Vehicle Act was put into practice on September 1, 2019. After the implementation of the Motor Vehicles (Amendment) Act, 2019, violators are charged with heavy penalties by police for the breaking of traffic rules & regulations.

Under the new Motor Vehicle Act 2019, the penalty for driving without a license is a fine of Rs. 5,000/- and/or imprisonment which may be extended to 3 months.

While driving the vehicle, the drive should carry the Registration Certificate, The Driving License, Emission Test Certificate, Tax Paid Receipt and Insurance Certificate. You need to carry the Fitness Certificate and Permit in the case of transport vehicles.

If you do not appear in the court, a warrant will be issued and it may lead to arrest and more severe penalties.

The Rajya Sabha cleared the New Motor Vehicle (Amendment) Bill on 31st July 2019, with 108 votes in favor and 13 against it, with 3 amendments moved by Road Transport and Highways Minister Me. Nitin Gadkari. The Motor Vehicles (Amendment) Act, 2019 puts forward a huge increase in an assortment of penalties for traffic violations, recall of defective vehicle parts by automobile companies, protection to Good Samaritans, holding builders responsible for the bad quality of infrastructure and making vehicle owners criminally accountable for noncompliance committed by juvenile drivers. Now only time will tell whether this New Motor Vehicle Bill will be gainful move or brings thunders of problems. Although a high commotion is being created on a regular basis in the states where this New Motor Vehicle (Amendment) Bill, 2019 has been implemented, people complying with the traffic rules reed not worry.