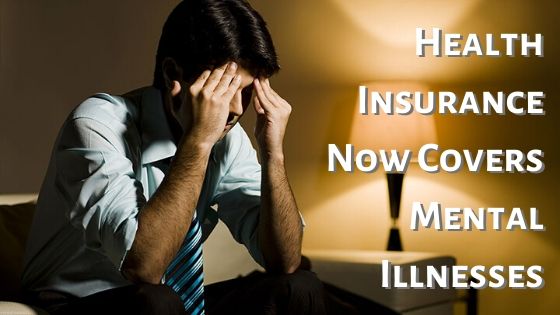 We are barely into the 21st century, folks!

With that being said, it is worth mentioning here that our way of thinking still hasn’t been changed even after walking countless miles on the path of civilization.

Talking or discussion about mental illness is still considered as taboo in India.

And don’t you dare talk about mental illnesses freely while living in India; otherwise, be prepared to receive death glares from the common people with whom you may discuss about the topic of mental illness.

Mental illnesses never got the attention they deserved for the longest of time. And it took famous celebrities like Jim Carrey, Ellen Degeneres, Kristen Bell and Eminem to talk openly about fighting depression for the masses to comprehend how mental illness can take a toll on a person’s day to day life.

Even Todd Phillips’ Oscar-winning film “Joker” takes bigger digs into this subject since the film’s protagonist is a man who deals with a mental and neurological condition known as pseudobulbar affect. Aiming to become a comedian, the title character of the movie turns into a criminal after a series of incidents that bring this drastic transformation of him into a villain.

And in case you haven’t seen the movie and wondering, “Who is to blame for this characteristic change then?” – it is the society and the common people living in it are to be blamed.

The above analogy was meant for the purpose of giving you an insightful look at the severity of this situation and the role that the society play in terms of making the lives of people suffering with mental illness even worse so that you can understand how mental illnesses are grasping the entire world.

Until now, Health Insurance Companies treated mental illnesses or diseases as a part of exclusion since Health insurance plans are generally associated with physical ailments. Therefore, mental illnesses were not covered under any mediclaim policy in India.

How Does the Mental Healthcare Act, 2017 Define Mental Illness?

For Insurance Companies, the description of mental illness will be basically directed by its definition as stated in the Mental Healthcare Act, 2017.

And In the definition of mental illness in the Mental Healthcare Act, 2017, it says:

"Mental illness means a substantial disorder of thinking, mood, perception, orientation or memory that grossly impairs judgment, behavior, capacity to recognize reality or ability to meet the ordinary demands of life, mental conditions associated with the abuse of alcohol and drugs, but does not include mental retardation which is a condition of arrested or incomplete development of mind of a person, specially characterized by sub normality of intelligence."

What to Keep in Mind?

For instance, WHO considers schizophrenia and bipolar disorder as mental illnesses.

So in the event of hospitalization during mental illness, the coverage will comprise of diagnosis and analysis of a person's mental condition, treatment plus care and rehabilitation of such person for his mental illness or suspected mental illness.

The 24-hour mandatory hospitalization is to be a part of this healthcare process.

From the above definition of mental illness as per the Mental Healthcare Act, 2017,

So, the second condition could be put under exclusions by insurers. Eventually, there could also be a few more exclusions specific to mental illness. There might also be certain waiting periods for some of the illnesses, these remain to be seen.

The good news is that mental illnesses will now be covered under health insurance plans. In future, we may also come across some plans designed by the insurers specifically for individuals with mental illness or depression. However, how much coverage will be offered may vary from an insurer to another.

Now that you know health insurance covers mental illness, why not check some of the top Health Insurance Plans that GIBL.IN has for you on offer? Instantly compare the best health insurance plans and avail attractive discounts on premium along with some additional benefits. So what are you waiting for, compare now!